Irony and circular logic, all wrapped up in one petty tyrant

So Fauci is making the left turn to climate change as being a disease causer, pretty much right on cue since that's the agenda being pushed by the Liberals.  Since humans aren't 'living in harmony with nature', then we're getting these diseases that kill off a bunch of folks.  A friend (who is in the most vulnerable population--over 80, heart issues, breathing problems) calls them culling events.

I find it funny, in a sad way, that the person who funded the Wuhan lab where this particular bug originated would now be pushing harmony with nature--because gene therapy and creating bioweapons are certainly within Mother Gaia's wheelhouse (not).  It's interesting too that's he's blaming modern life on 'deadly disease emergence'--he apparently doesn't know history either--maybe he never heard of a thing called the Black Plague?

If he was a true believer, like Bill Gates, he would be welcoming these culling events because mass death removes human stress on the earth and might be part of the self-correcting ecosystem, unless these events are unnatural, as in the Wuhan virus.  But it's better for him to use it to assert control and he's being allowed to do so.

But, as with anything coming out of his mouth, he just a poser and political critter dancing for his supper and to maintain his sense of power, as most men with Napoleon complex do. 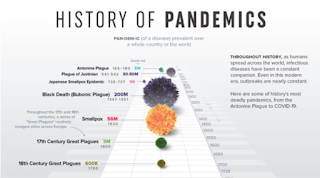 ht:  B at Middle of the Right

Posted by Midwest Chick at 7:51 AM

The Blog of Barkley

Read the book, read the blog!